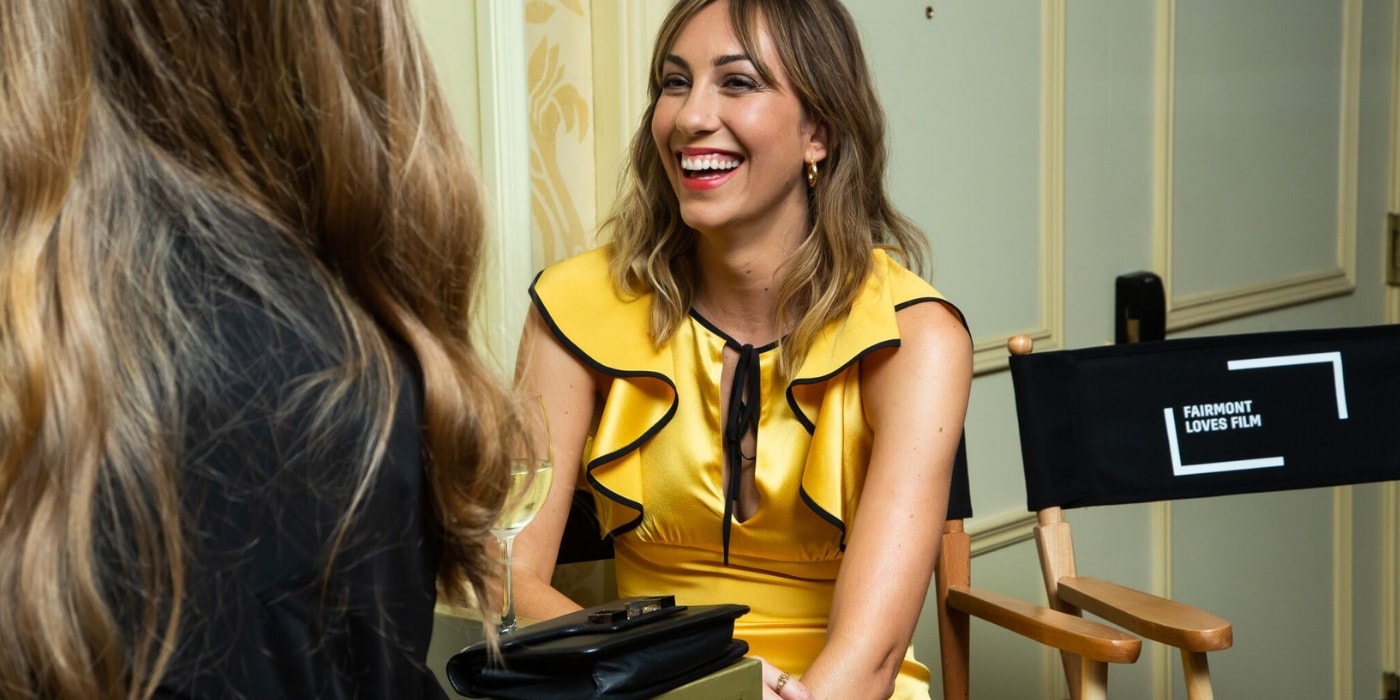 Fairmont Hotels & Resorts is delighted to introduce the Fairmont Loves Film event series, comprised of pop-up events and a retrospective photo exhibit officially premiering at Fairmont Royal York during the Toronto International Film Festival (TIFF) and later traveling to London and Shanghai; and a partnership with film director and screenwriter Gia Coppola in the new role of Film Ambassador and Curator for Fairmont Loves Film. To celebrate this exciting program, Fairmont has also partnered with TIFF as the Official Gala Program Sponsor throughout the duration of the world-renowned festival.

Ms. Coppola, who is known for her exceptional films including Palo Alto which she wrote and directed, got her start making short films for a friend’s fashion label. She is also a fine art and fashion photographer, and has worked with labels such as Opening Ceremony, Zac Posen and Gucci. Gia grew up on film sets, often experiencing memorable moments in Fairmont hotels while traveling.
To celebrate the launch of Fairmont Loves Film, another young artist, Cuba Tornado Scott, has created a short film exploring Fairmont’s historic connections to the world of cinema and the attachment to the brand’s legendary hotels. Like Ms. Coppola, Ms. Scott heralds a new generation in the film world, as a descendent of her grandfather, director Ridley Scott; her uncle, director Tony Scott and her parents: music video director Jake Scott and producer Rhea Scott.

“We are thrilled to welcome Gia as the Ambassador of Fairmont Loves Film and honored to work with Cuba to launch this exciting event series. These young talented women bring a fascinating perspective to the evolution of film and the timeless appeal of Fairmont hotels,” said Sharon Cohen, Vice President, Fairmont Hotels & Resorts. “Fairmont enjoys a strong connection to cinema that is shared across generations and includes unforgettable personal moments, along with movie-making history at some of our most celebrated and awe-inspiring properties.”

In the video created by Ms. Scott, the audience is introduced to the Fairmont Loves Film project through the lens of a woman whose vivid memories revive the spirit of cinema within Fairmont. The creation of cinema and Fairmont become inescapably intertwined, the sense of luxurious comfort and whimsical wonder connect through a narrative arc between the contemporary and the classic. The film delivers a sense of curiosity and longing to know more about the experiences these characters had within the walls of Fairmont hotels, and builds a desire to witness new versions of those experiences.

A long history with cinema

“I’ve always admired the collaborative history that the Fairmont hotels and movies share,” said Gia Coppola. “It’s exciting and an honor for me to help celebrate the relationship between movies and travel.” Added Xavier Louyot, Senior Vice President, Brand Content, Fairmont and AccorHotels Luxury Brands, “This campaign is a perfect example of the creative and experiential programming that we seek to develop for our guests and luxury properties. This series connects guests to Fairmont on so many levels, weaving the history and glamour of film with our iconic and cinematic hotels.”

Images and video from these films, along with several others, will be showcased in a special Fairmont Loves Film visual exhibit beginning in early September at the Fairmont Royal York in Toronto and later this year at The Savoy, A Fairmont Managed Hotel in London and at Shanghai’s Fairmont Peace Hotel in early 2019. In addition to the exhibitions, Fairmont will also host a special pop up event at Toronto’s Roy Thomson Hall, home of world cinematic premieres and gala programs during TIFF, running from September 6 - September 16, 2018.

“Fairmont hotels have been the site or setting of countless Hollywood blockbusters and legendary films,”continued Ms. Cohen. “When filmmakers and directors want to portray luxury accommodations that truly represent their destinations, they often focus their cameras on Fairmont. Many film buffs will know that Home Alone 2 (1992); and North By Northwest (1959) were filmed at The Plaza, but guests may not realize that Fairmont Hotels & Resorts across the globe have also had starring roles in such classic films as JFK (1991), Dr. Zhivago (1965), and The Great Gatsby (2013) to name but a few. For more than a century, we’ve done our best to meet and exceed the expectations of all our guests, including filmmakers.”