An edition that left a lasting impression 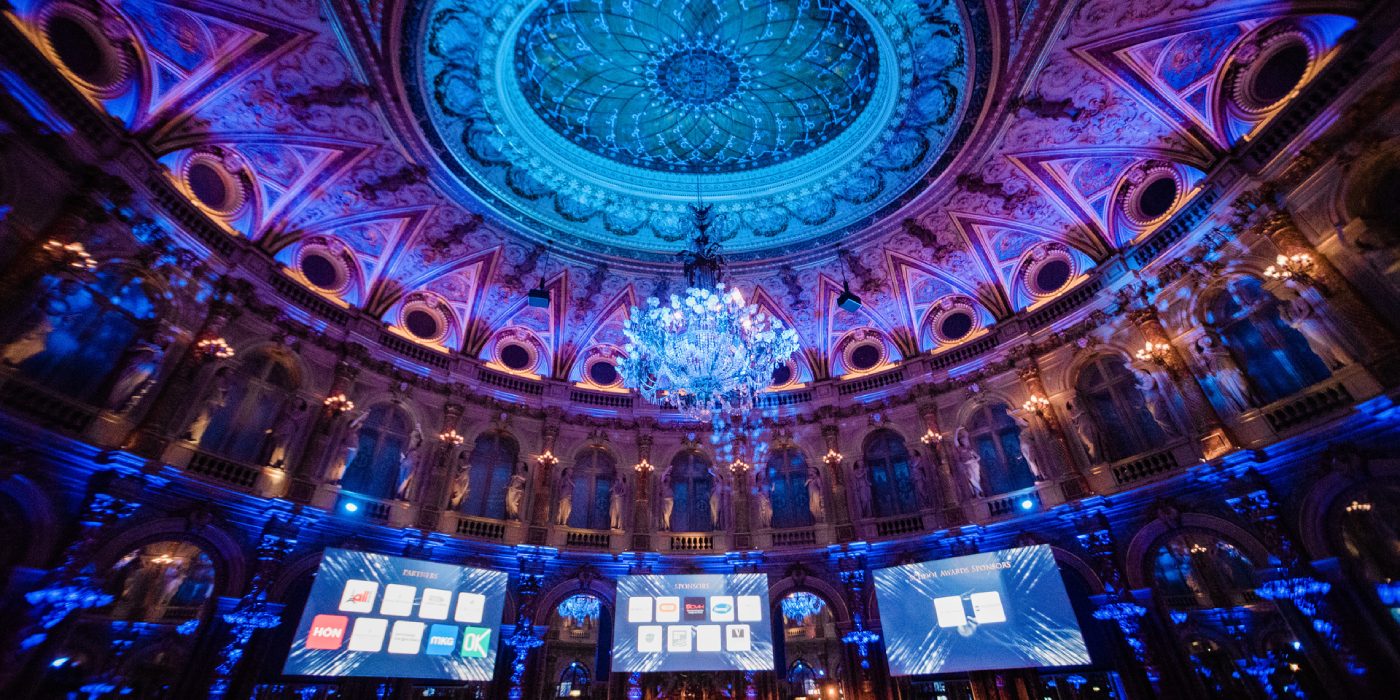 On November 21st, the greatest names in hospitality gathered for the 20th edition of the Worldwide Hospitality Awards. This ceremony was particularly emotional for our Group, as its 2 founders, Paul Dubrule and Gérard Pélisson, were honored for their major contribution to the hotel industry. An event from which Accor also won several major prizes!

The Worldwide Hospitality Awards recognize the projects, ideas, achievements and genius of hoteliers around the world. Organized by the specialized media Hospitality ON, the event has established itself over the years as a key event for the major players in the sector. 20 ceremonies since its creation, 20 evenings of international hotel groups achievements!

For the 2019 edition, nearly 3,000 candidates submitted their applications to compete in one of the 15 categories of the competition. 100 brands received prizes during the ceremony at the InterContinental Paris Le Grand. Among them, our Group, but not only!

Pioneers of the industry

A milestone at the Worldwide Hospitality Awards was, without any doubt, the tribute paid to the founders of our Group, Paul Dubrule and Gérard Pélisson. Alongside our CEO Sébastien Bazin, who came to greet these two historical figures, former French Prime Minister Jean-Pierre Raffarin presented them with their trophy, that of "Lifetime Achievement". At the beginning of Accor, the world leader in hospitality, are these 2 great men who brought their dreams to life with the opening of the first Novotel in 1967. A bold vision that is now being carried by our more than 280,000 employees around the world, and by Sébastien Bazin.

Gérard Pélisson declared: "To welcome someone is to make sure that they are happy as long as they are under your roof" as he was holding his trophy on stage during the ceremony. A promise we are bringing to life at Accor, with our Augmented Hospitality strategy that promotes tailor-made services, unique experiences, as well as our portfolio of brands that cover all of our guests' needs.

Following an online vote, the jury selected the winners in the 15 categories of the competition. After deliberation, the verdict was rendered...

Accor wins the “Best Marketing Operation” prize with the launch of its new identity and its content declinations, including the corporate film "Story of Tomorrow". A conceptual and audacious video, fast paced to express change and go beyond the traditional representation of the hotel business, to embody our spirit of conquest.

MGallery Hotel Collection also stood out thanks to its new positioning and its new "MGallery. Stories That Stay” campaign! The brand won the "Best Storytelling and BtoC Communication Campaign" award at the ceremony.

Other great projects carried out by our teams to mention, which have been selected in their category following the online votes:

Congratulations to all our teams for all these great achievements!