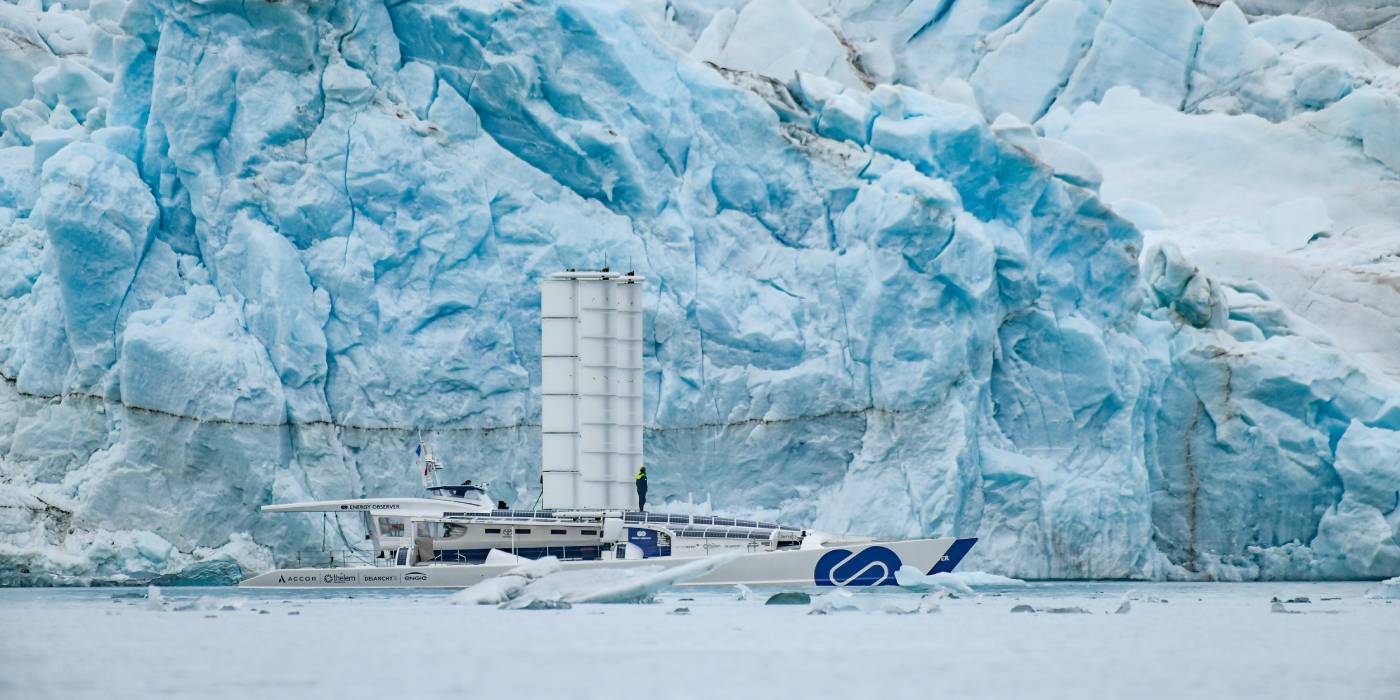 Energy Observer, the world's leading hydrogen vessel and Accor partner, is back in Saint-Malo (France) after 16 stops in 11 Northern European countries. Through this long journey, 1 mission: to sail without polluting. Cast off, discover new perspectives for the future of our planet!

The goal of Energy Observer? Prove that it is possible to move without polluting by seeking sustainable solutions, while putting them in images through exclusive audio-visual content.


2 years ago, on 14 April 2017, Energy Observer took to the sea to begin its journey around Europe. Accor has been a partner in this adventure since day one and took advantage at each stopover to showcase this experience with its customers and employees.

This included several VIP visits to the boat, allowing a privileged few to check out the vessel, as well as "At The Crew's Table" events which brought together the crew from Energy Observer and members of our loyalty program. During these meals, participants could learn more about our partnership with Energy Observer while enjoying the hearty food on offer.

The stops were not chosen by chance. Each of them had a profound meaning for Energy Observer.
The 1st stopover in Antwerp (Belgium) was chosen to understand the symbolic challenges of tomorrow's maritime traffic.
While those in Amsterdam (Netherlands), Stockholm (Sweden), Helsinki (Finland) were strategic in their commitments to quickly achieve carbon neutrality. For their part, both Hamburg and Copenhagen are model cities involved in the development of hydrogen technologies.
On its way, Saint Petersburg (Russia) was a milestone for the team, which wanted to go there very strongly. The country is not known for its commitments but is working to reduce its carbon emissions.
The last steps to take before returning... London, the historic capital of the Navy and a city well ahead of its commitments for a more sustainable city.


To prove that it is possible to navigate in total autonomy, in extreme conditions by drawing energy from nature with no ecological impact, Energy Observer set sail for the Artic to the island of Spitzberg in the Svalbard Archipelago. This area is considered by the scientific community as the Ground Zero of climate change. For Energy Observer's crew, this stopover is undoubtedly the most symbolic of their Northern Europe Odyssey.

The Energy Observer program has come to an end in Europe. We will need to take some time over the next few months to optimise the vessel during a technical stopover for new adventures, and the launch of a new programin February!